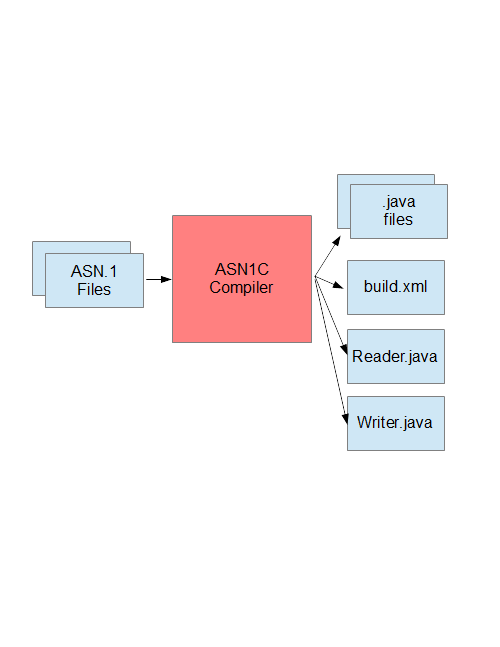 Generated Java encoders/decoders and run-time are a 100% pure Java solution for encoding an decoding ASN.1-based messages.

The generated Java code consists of a series of Java source files - one for each production (type) defined within an ASN.1 specification. Each of these Java files contains (at a minimum) the following items:

There is also a run-time library for Java. This consists of a series of classes for encoding and decoding the primitive ASN.1 types. For example, the Asn1Integer class will encode or decode a variable of the ASN.1 INTEGER type. The compiler will extend these base classes to form higher level types derived directly from the base types, or assemble a series of these lower level objects to form constructed types (SEQUENCE, for example).