Our CSTADLL product is a collection of DLLs for the Microsoft .NET platform (4.5 or higher) that allow a developer to perform ACSE, ECMA-354 session management, and CSTA operations for any of the three BER CSTA phases and XML CSTA editions 3 through 6.

The generic (i.e., non-device-specific) helper classes included in the DLLs should be sufficient to allow developers to work with many standard PBX devices that aren't given in the list above.

The helper classes provide methods for several common ACSE and CSTA operations. Examples include establishing an ACSE session with a PBX, instructing a PBX to make a call, transfer a call, query a device, etc.

The helper classes also provide the ability for a client program to specify an asynchronous callback function that will be invoked whenever asynchronous messages are received from the PBX. A common use for this feature would likely be CSTA monitoring functions, in which messages with monitor data are sent asynchronously to the client from the PBX. Receiving Call Detail Record (CDR) messages is also supported. 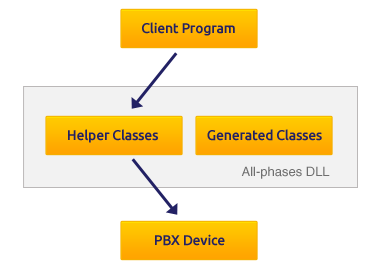 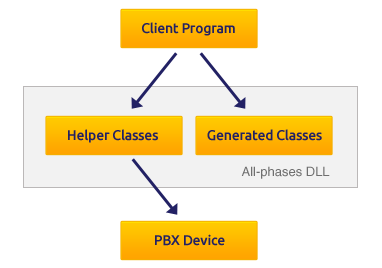 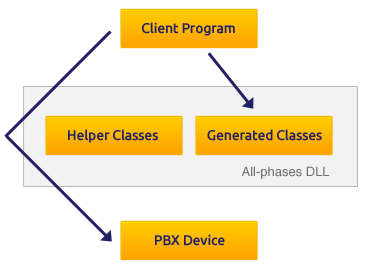 A 30-day free evaluation of the product may be obtained by clicking on the Download button below. This will redirect you to our login page where you will first need to create a user account if you don't already have one. Be sure to provide a valid E-mail address as the product license file will be sent to this address.

APIs are available for ECMA CSTA Phase 1, 2, and 3 specifications. These APIs include the ROSE and ACSE layers and have been implemented in the C++, C#, and Java programming languages.

Extended sample programs require a working installation of ASN1C to be present before they can be used. To install, unpack the distribution file in either the cpp or java subdirectory of an ASN.1 installation. The API can then be used in the same way as an ASN1C sample program.

If purchased, a stand-alone version of the API can be provided.

The CSTA XML API's implement the 'ECMA-323 XML Protocol for Computer Supported Telecommunications Applications (CSTA) Phase III' standard. Support is also provided for SOAP WSDL as published in ECMA-348. The code consists of a C or C++ API generated with our XBinder compiler. This is a standalone API - it is not necessary to have XBinder or ASN1C installed to use it.

Once you download a kit, send an email to support@obj-sys.com to request an evaluation license.