Below is a Windows screen shot from the XBEditor program: 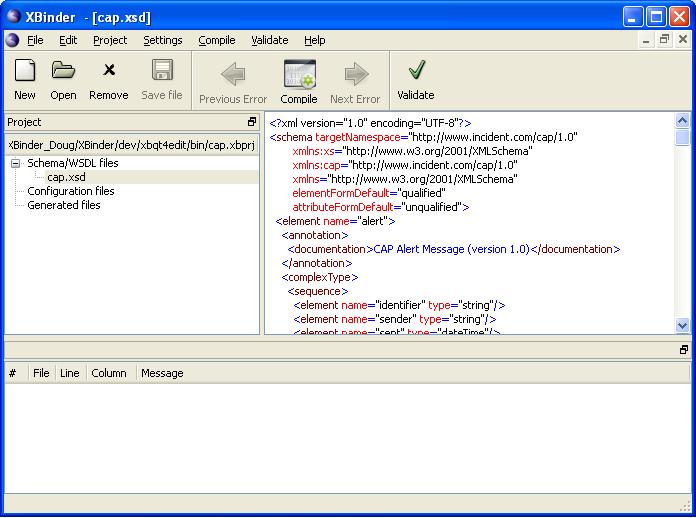 This screen shot shows a .xsd file being edited within the context of a project.

And below is a screen shot that shows some of the C code generated by compiling cap.xsd into C: 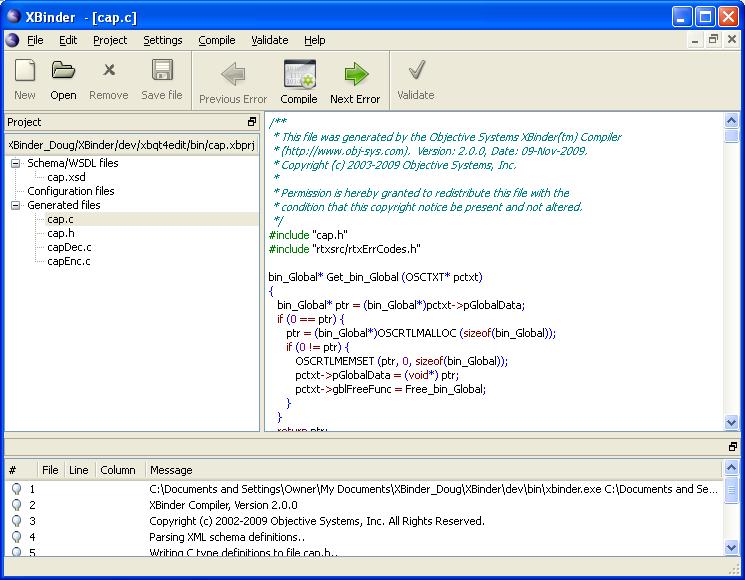 The next four sections of this tutorial discuss how to compile the PurchaseRecord schema that we've been working with into each of the four different languages. If you're not interested in one or more of the languages, you can skip that section.

The examples will use the command line interface, but you are welcome to try one of the previous GUI applications also.